Shortage of Skilled Trade in Ontario 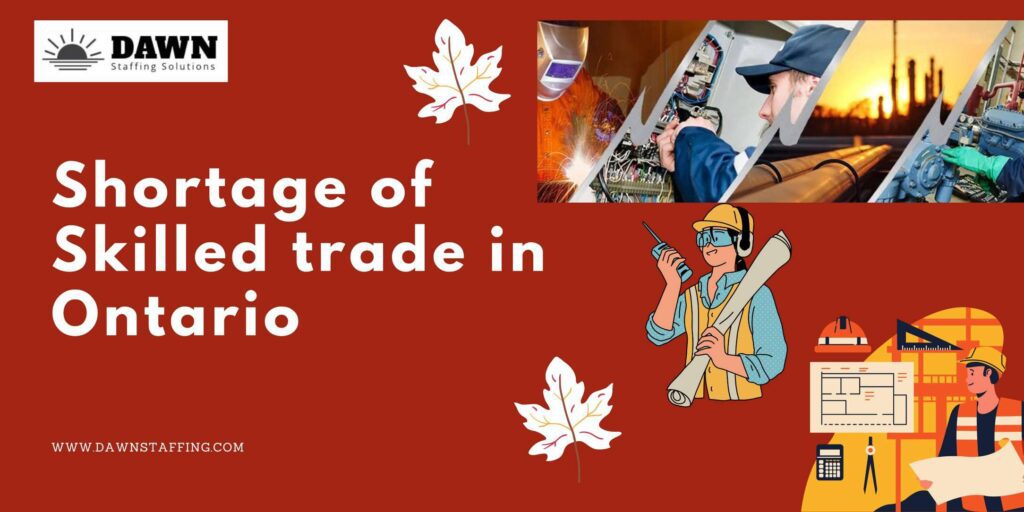 Work in the Skilled Trades involves working with your hands and requires specialised training. There are a wide range of professions within the skilled trades. It is possible for young adults to build a career (and a savings account) much sooner by pursuing a skilled trade occupation.

Some of the leading skilled trades in Ontario are:

Working in a trade career can result in less debt, lucrative wages, job stability, and a better quality of life than some other careers. Skilled trade workers are in short supply, which results in these career benefits. There has been a steady gap between the demand and supply of skilled trade workers in Ontario for a while now.

But, why do skilled traders seem to be in short supply in Ontario?

Far-reaching, negative impacts on businesses due to labour shortage:

What steps has the province taken to improve the skills training ?

Skilled trades are occupations that require certain skills, knowledge, or abilities. Skills trades are usually hands-on, but you can find them in every career field. Therefore, with time and effort we shall hope for Ontario to overcome the skilled trades shortage soon. Providing skilled trades recruitment solutions in Ontario, Dawn Staffing Solutions strive for utmost satisfaction of both candidates and clients. We aim to match employees with the most compatible company. Do not hesitate to reach out to us.

We are here to help!

To land the job you want, choose the best recruitment agency that suits your career goals. The knowledge that you are represented by an agency you are proud of, which can open new doors for you, will give you an increased sense of confidence, which is crucial when looking for work!  We are one of the best Skilled Trades and Top Engineering employment agencies in Ontario.