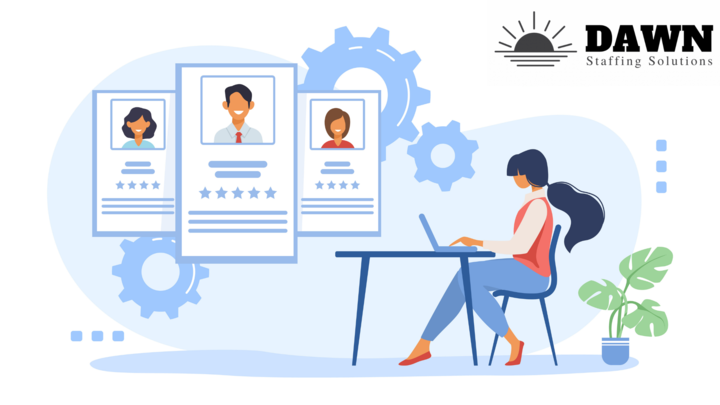 Firstly, let us begin with a simple question: how would you feel if someone ghosts you out of the blue? Not good, right? So, if that’s your answer then it is time that we understand that the answer will be just the same for employers and recruiters. They are here in the domain to work and most importantly, help job seekers get the best jobs for themselves. So, ghosting recruiters or employers is not advisable. Let’s take a broader look:

What is Job Ghosting?

It’s imperative to gain a comprehensive understanding of job ghosting before trying to enact measures to prevent it.

Ghosting isn’t a new practice, but employers are noticing more of it. Moreover, USA Today reports that “while no one formally tracks no-shows, many businesses claim that a large percentage of applicants and employees pull no-shows in some form or another”, an alarming number, and that their actions are forcing companies to change their hiring practices.

Individuals who ghost a job are not only not returning to work one day or failing to show up for an interview, but they are also impossible to reach. Managers or supervisors will not return calls or respond to texts if they attempt to communicate with them. Those who engage in job ghosting cut all ties with the company and its management, as well as its employees.

In short, nobody really knows why the worker left and if they’ll return, but it seems they won’t return ever again…and they don’t.

A Brief Overview Based On Research

Picturing It As A Much Bigger Problem

Ghosting poses a much greater concern than negative feelings or poor etiquette. There is disruption across the board, from business heads expecting projects to be ready for launch, to recruiting thinking their work is complete and they are at a restart, to HR thinking the position has been closed and must be reopened.

The Causes Behind Not Showing Up

There is a root cause for the increase in no-shows that should serve as a wake-up call for HR: Behaviours are changing among job seekers and workers. Workers are becoming more independent. Job seekers are not obligated to show up. To be precise, faithfulness and professionalism are slowly becoming antique concepts.

So what do you think will happen? The job seeker will ghost the recruiter. And that’s not fair for the firm or the recruiter himself.

A Twist In The Relationship Between Ghosting and Recruiting

Recruiters at staffing agencies and businesses are increasingly confronted with job ghosting, as we have now realised. The truth is that ghosting happens across all age groups, even though many employers believe it’s just millennials.

However, here is the twist. Recruiters are sometimes the ones doing the ghosting in this situation. It is common for individuals to face a great deal of competition when applying for a job, and it takes time for a recruiter to get back to them. But mostly, they never do. This is sometimes referred to as “recruiter ghosting.”

A ghosted job candidate will eagerly await a response from a recruiter regarding a possible job, only to find out that communication has been cut off altogether.

This can happen for several reasons, including having a large number of applicants and not enough time to respond to them all, being uninterested in the applicant and forgetting to communicate with them. The result of job ghosting is discouraged job applicants, as well as a bad reputation for the company and the recruiter. Therefore, it is evident that, when it comes to recruiting, job ghosting is quite common.

It is also important to balance recruiters’ workloads. In order to prevent no-shows, organisations need to communicate authentically with recruiters and new hires throughout the hiring process. Not all organisations can provide concierge-level service, but the importance of authentic communication cannot be understated.

These can help prevent the ghosting of recruiters. Also, it is important to conclude your conversation with your recruiter with transparency and honesty. If you’re no longer looking for a particular position your recruiter was helping you out with, don’t just shun him. You need to understand that both sides need respect while in the hiring process.

If some other company has already hired you, you can always talk to your recruiter regarding it. However, do not keep your recruiter behind the fog for such reasons. To conclude, ghosting is never an advisable option. Instead, it is looked down upon. So, honesty, transparency, and respect are all you have to maintain.

We are here to help!

To land the job you want, choose the best recruitment agency that suits your career goals. The knowledge that you are represented by an agency you are proud of, which can open new doors for you, will give you an increased sense of confidence, which is crucial when looking for work!  We are one of the best Skilled Trades and Top Engineering employment agencies in Ontario.